Social Media Around the World: 15 Facts & Trends for Worldwide Usage

In this digital age, it’s a common norm to have social media profiles. Most people have a Facebook, Instagram, and Twitter yet some people have every single profile out there. In fact, the total number of active social media users is over 3.6 billion people and is projected to increase to almost 4.41 billion in 2025. Continue reading more important facts about social media around the world. 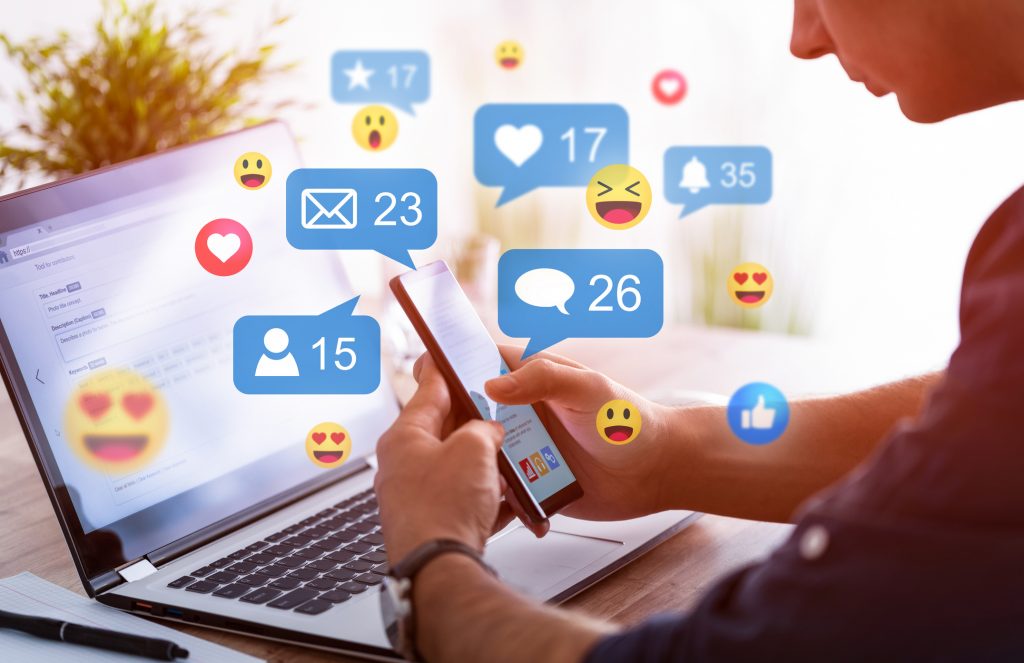 15 Facts for Social Media Around the World:

Did you know YouTube is the second most popular search engine after Google? In the United States, 77% of teens watch YouTube videos. Plus, it reaches more viewers aged 18-49 than any TV network. Consider running a YouTube campaign if your target audience includes teens.

Facebook has been around since 2004, but in 2012 it surpassed one billion users, making it the first social media channel to do so. Further research shows that 3.14 billion people were using at least one of Facebook’s core products which includes WhatsApp, Instagram, or Messenger each month.

If you don’t already post your company’s updates to your GMB, then you need to do so. GMB is expected to become a more popular posting platform in the years to come. GMB increases business discovery, improves local SEO and can lead to more website visits. In fact, visiting your website is the most common action users take on GMB with a 56%. In addition, 24% will give your business a call and 20% will ask for directions.

Facebook truly likes when users stay on their website, thus making videos the most popular content on the platform. Videos get a high engagement rate of 6.15% compared with status, written only posts that get only 1.3% engagement rate. If you’re currently posting to Facebook for your business, include video in your content calendar to grow engagement and brand visibility.

More than half of American Instagram users are younger than 30. If you have a target audience that consists of young adults and teens, then consider running an Instagram campaign for your business. After all, it is the second most popular social media platform for small businesses.

The order of most popular social networks to least popular are the following: Facebook, YouTube, WhatsApp, Facebook Messenger, Waixin/WeChat, Instagram, TikTok, QQ and Snapchat. Even though you need to consider every business has a different target audience, I would prioritize the most popular networks over the least to be seen by more people.

Many people would rather see a meme or a joke rather than a sob story. When creating your social media calendar, keep humor in mind. Consider incorporating heartwarming brand stories and promoting philanthropy events. In other words, keep it positive for higher engagement and interactions.

It really puts it into perspective to know that more than half of the world has an identity on social media and interact with each other over the Internet. What’s even wilder to consider is that since social media has been growing exponentially since it started, there might come a time where there are more social accounts than people.

Instagram just released a new feature where they are remembering the deceased person who once had an account. Memorialized accounts are a place to remember someone’s life after they have passed away. Once memorialized, no one can make changes to the account’s existing posts or information as well as the privacy settings.

The rest of the world, including North America, South America, and Europe have more female social media users than males but it’s close. For instance, North America has 51% female users compared to 49% male users. It’s likely due to cultural customs in countries like Africa and Asia that might explain why males use social media more than females.

The social trends show that as one ages, the usage of social media steadily decreases. This could be due to children and teens growing up with a social media influence while older adults and seniors are still learning about the platforms.

As previously mentioned, it’s fairly common to have a Facebook, Twitter and Instagram, but do you have all of the social networking apps out there? Some people do! In fact, the average number of social media accounts per Internet user (aged 16 to 64) is 8.3. However, most of these accounts sit dormant.

Unfortunately, this also means the average person will spend 5.7 years on social media from the age of 16+ to the life expectancy of 70. However, this isn’t all doom and gloom. 50% of social media users record their personal milestones to share with family and friends. Social networking apps might be taking up too much of your time, but it does give you an avenue to track your life.

There are many other reasons why consumers unfollow brands besides just poor customer service. Poor quality of product or support, irrelevant content, too many ads from the brand, privacy concerns and negative press are other reasons why an account can lose followers. Keep this in mind if you ever see your numbers drop.

Unlike those who unfollow you, your loyal followers can help increase your website traffic and app downloads. For me personally, if I see a product I like on social media for the first time in the discovery stage, I will visit their website to take my next step in the sales journey. Use omnichannel marketing to align your social goals with your business goals.