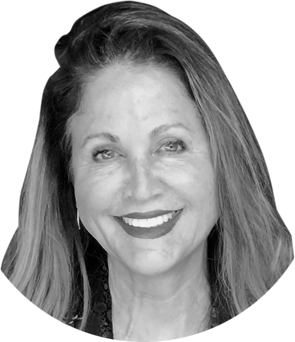 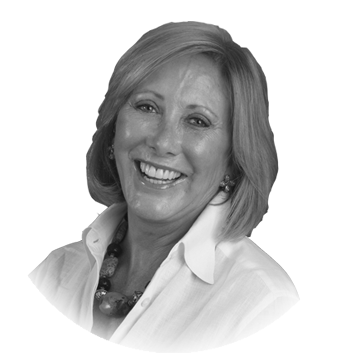 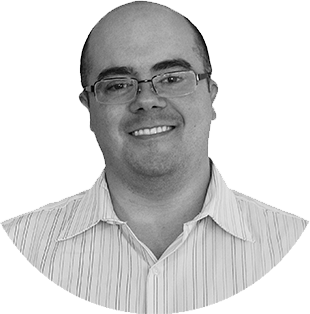 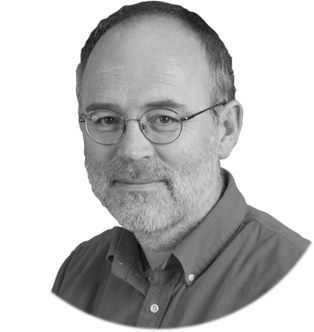 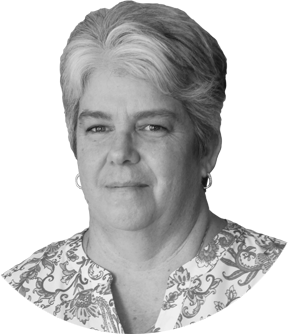 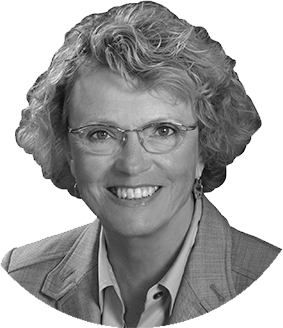 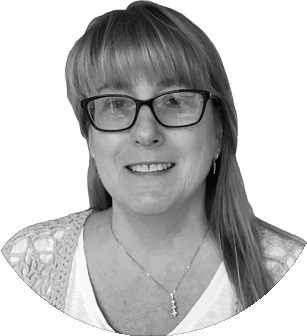 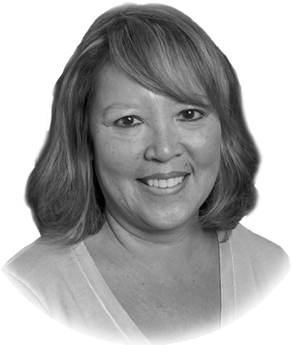 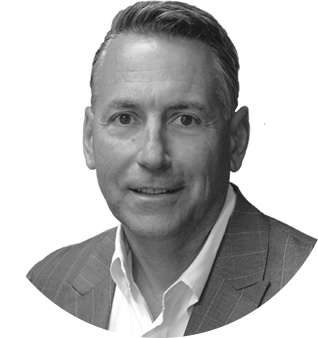 Co-Founder of the Ausec & Cheney Group, a full-service advertising agency. The agency grew to $13M in annual billings with clients like Klondike Ice Cream, Val-Pak, New York Yankees and Nestea. Her responsibilities including marketing communications, strategies planning, and analysis for her clients.

She later took the helm, pro-bono, as President and Chief Operating Officer of the People’s Princess Charitable Foundation, Inc., the organization behind Dresses for Humanity.  She is currently a consultant and investor and is founder of two additional non-profits: Voices for Children and The Sustany Foundation.

Andrea attended the University of South Florida where she earned a Business Degree in Marketing.

Prior to joining Zelen as Account Director, Fulton was Vice President of Marketing and Advertising for Outback Steakhouse, where she oversaw the monumental task of coordinating and implementing the branding and retail efforts of nearly 800 restaurants nationwide. From TV and radio campaigns to the naming of new menu items, Internet promotions, grass roots marketing, sports and celebrity partnerships, product integration and more, Fulton constantly sought ways to keep the Outback brand top of mind to current and new consumers. Fulton began her career nearly 20 years ago, working on accounts such as McDonald’s and Taco Bell at some of the most high-profile advertising agencies in Atlanta. From there she joined West/Wayne Advertising in Tampa where for nearly 10 years she served as Director of Client Services, managing its two largest accounts, Publix Super Markets and Outback Steakhouse. Working closely with the Creative Department, Fulton helped elevate the Publix brand image to breakthrough levels, and was highly instrumental in the successful introduction of a 50 restaurant, Aussie-themed, casual Steakhouse to the country. Fulton’s experience on the agency side has aided her tremendously on the client side. It was Fulton who managed and guided the conception of “No Rules. Just Right.” During her time with Outback revolutionary services such as Curbside Take-Away and Call Ahead Seating were launched to satisfy consumers’ busy lifestyles.

Equally important, under Fulton’s guidance, Outback’s TV commercials have been recognized by its peers with the “Best Use of Humor” award by MUFSO. They also enjoyed the highest re-call among TV viewers in ADWEEK polls. She accomplished many successful and highly visible national product integrations. The most successful were on NBC’s “The Apprentice” season four and five. In 2005, Fulton was awarded the most prestigious acknowledgement in the company, “Outbacker of the Year for the year 2004.” Fulton is a member of Who’s Who in American Colleges and Universities, Who’s Who in Women, and Who’s Who Worldwide. Her charitable efforts include Take Stock in Children as a mentor and marketing board member, Meals on Wheels, Autism Speaks and Hannah’s Buddies. Fulton’s a Florida native and graduate of the University of North Florida.

Harry has over 12 years of programming experience.  His well-rounded background and experience of writing code for over a decade gives him the advantage and insight to understand complex programming challenges. Previously he owned and operated his own website development services company in Caracas, Venezuela for several years. He then made the decision in 2011 to join Zelen Communications. Harry is an ambitious, hard working and deadline driven team member. When he promises a project will be delivered, “It Is” Mr. Behrens is a highly qualified web and app designer and developer. He has successfully mastered many programs- Here are just to list a few of his capabilities:

His expertise is in: HTML and HTML5 CSS Javascript WordPress PHP WooCommerce

Broadcast Art Director Jim has been with Zelen for many years and has touched every form of creative project that has come through our doors. Refusing to be pinned down into any one category, Jim is well versed in all facets of Advertising: Web, Print, Television and Radio (yes, he has been known to write a radio spot or two). Account work has encompassed Paragon Cable, Outback Steakhouse, RC Cola, The Florida Lottery, and Hudson Highland Group.

He has worked on branding campaigns for real estate projects such as Westchase. Other projects include photography and design for The Plantation at Leesburg, KHS&S Contractors and pro bono work for Voices for Children and MOSI. Jim’s education encompasses nearly 20 years of on-the-job training as an art director, a tour of duty in the fine arts department at the University of Wyoming and printing T-shirts for the Sex Pistols. Advertising awards include Regional Addy Gold and Silvers and Clio TV Finalist.

Jodi is a Florida native, born and raised in Pinellas County. She has seen both Hillsborough and Pinellas County grow by leaps and bounds and has a genuine passion for local businesses.

This love of local businesses combined with her experience in the wine business, is what spurred her first interest in social media and internet marketing. She developed a successful freelance business offering social media networking and event promotion services to restaurants and wine retailers. Jodi is a self-taught social media networker, connecting businesses with their ideal audience, and finding creative ways to connect with that audience. She uses her creative side to find new ways for businesses to utilize the latest social media marketing tools to help businesses present their story to new followers on both existing and new social platforms.

Jodi is a social media evangelist who focuses tirelessly on staying ahead of the curve when it comes to social trends, changes in algorithms and ever searching for the next great tactics for breaking through the clutter for our clients. Her depth of knowledge is only surpassed by her desire to continue learning.

She has helped to broaden the reach and expanded the social platforms utilized for our clients since joining our team. For Jodi, it’s all about strategizing how to meet and surpass the expectations of our clients.

Social media is an important part of an effective marketing campaign that is all too often overlooked or worse yet, improperly implemented. Her goal is to find the platforms most appropriate for each client’s target audiences and exploit the channels to generate greater engagement and increase followers.

Judith Preston’s wide experience in strategic and integrated marketing has been focused over the past 15 years on the homebuilding industry, representing both builders and developers. As Vice President of Marketing for Nohl Crest Homes, she helped grow the company from a local to regional award-winning builder spanning five counties. Under her direction Nohl Crest Homes became the region’s first “Green Builder,” combining luxury and efficiency. The company debuted the first Certified Green Showcase Home for the Tampa Bay Builders Association Parade of Homes in 2007. During her years at Nohl Crest, Judith also served the Builders Association as President of the Sales and Marketing Council and was twice recognized by the organization as Marketing Director of the Year. She achieved the Certified Marketing Professional designation for the industry. Prior to joining Nohl Crest Homes, Judith was president of her own firm focused on implementing her integrated marketing strategies for regional, national and international clients. Integrated marketing is a holistic approach, melding all aspects of marketing to ensure that all messaging and communication strategies are consistent across all channels

Judy Palmer, a 30-year resident of Tampa Bay, is a graduated from Macomb College in Michigan with an Associates Degree in Accounting. She spent 10 years in the banking industry in Michigan and then relocated to Florida. She has over 30 years of experience in the financial industry, 15 which have been with Zelen Communications Inc. where she manages payroll, accounts payable and receivables. Previously, Judy worked for a prestigious accounting firm Pender Newkirk and Company as an auditor and bookkeeper. She then went into the private sector working for herself by assisting a large number of small companies in the South Tampa area with accounting services.

At Zelen Communications, her title is Accounting Manager. She works directly with the all of our clients and internal team. She also is our Office Manager, Bookkeeper and Human Resource Department. She is committed to providing excellent service to our company and clients over the years.

Nanette is a renaissance writer, to say the least.

Soon she graduated to branding, videos, and television spots for clients such as Publix Supermarkets, Outback Steakhouse, Visit Florida, Beef O’ Brady’s, and Cheeseburger in Paradise. She also authored Outback’s first tagline, “No rules, Just right,” which the company used for the first 15 years. Along the way she garnered a few accolades including being named a Southeast Creative All-Star by Adweek, the industry bible, for her innovative conceptual and copywriting skills.

Then a small little thing called the Internet happened. Having grown up producing traditional advertising, Nanette grabbed the bull by the horns and quickly and efficiently learned the ropes of digital marketing, writing copy for websites, Instagram, LinkedIn, as well as blogs, email campaigns, and all forms of direct response. She is absolute proof that you can reinvent yourself.

Born in Manila, Nanette immigrated to the United States a month shy of her 8th birthday and attended both private and public schools in Glen Rock, New Jersey. Post-secondary, she headed west to the University of Santa Barbara, CA, where she earned a B.A. in English, and the respect of her roommates for her invaluable cooking skills.

Terry Zelen
Company Owner and Creative Director
Terry Zelen is a seasoned Creative Director. He is also an agency owner with more than 35 years of experience with Home Builders and Developers for advertising and marketing.
Terry serves as President of Zelen Communications, Inc. based in Tampa, Florida. Here, he manages a crew of designers, programmers, account management and strategic professionals. As team leader, he cultivates their talents while ensuring the highest level of quality for their creative and marketing efforts in the home building industry.
As an advertising pioneer who embraces today’s technology in its early stages, Terry embodies a rare breed of individual that is creative as well as a marketing strategist. In fact, his reputation consists of crafting award winning advertising and marketing campaigns. He and his team collaborate with their clients to drive tangible results and meet the intended goals. Here are some concrete results Terry and his team have accomplished.

His ﬁrm has specialized in the home building and real estate market both locally and nationally for decades. Over the years, his clients have included numerous custom and production home builders as well as planned communities, condominium projects and commercial real estate companies. The span of his experience has helped him develop an exceptional portfolio of knowledge that guides his proven processes for building his client’s businesses.
Terry is a past member of the Urban Land Institute, a past member of the University of Tampa Board of Fellows and West Coast Chapter of CCIM Florida, serves on the board of the Tampa Bay Builders Association, an active member of the TBBA Sales and Marketing Council and and recently joined the Board for Leadership Tampa Bay and Economic Club of Tampa. In addition, he serves as a Trustee for the Florida Sales & Marketing Council. He’s received numerous accolades for his work in print, website design, and marketing throughout his career.